The main goal in post-operative care for patients with grafting for correction of Peyronie's Disease is prevention of graft shrinkage.

Every graft in the body, whether 1) autologous (transfer of tissue from one site to another on the same body) or 2) heterologous (derived from organisms of a different but related species) or 3) synthetic, has a tendency towards shrinkage, including penis surgery for Peyronie's disease treatment. 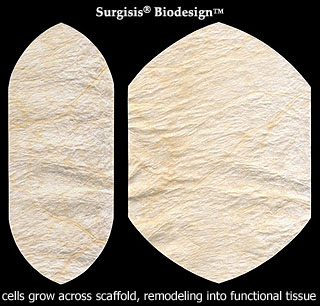 The graft is not vascularized (has no vessels that circulate fluids) and during the 3-6 month healing process following penis curvature correction, scars are formed through the graft or around the graft depending on whether resorbable (able to dissolve and be assimilated) or not. There is also in-growth of blood vessels into the graft (vascularization) as in the case of InteXen® LP™ or Surgisis® Biodesign™.

During that period there is great tendency for shrinkage because of scarring. Every scar has a tendency for shinkage and it is completely normal during the healing process of the grafts. If patients are allowed to always have their penis in flaccid state during post-operative care, there is high risk of graft shrinkage.

In older patients who have infrequent erections, if the graft is always in flaccid state, it will shink and heal with scar tissue in that short penile position and the penis will be shortened.

During this early post-operative period erections are welcome. Erections cause graft stretching and allow the patient to heal in this stretched position as well as in flaccid state.

Second, after 10-14 days, depending on healing, Foundation Chairman and Lead Surgeon Dr Rados Djinovic (pronounced RAH-DOSH JIN-O-VICH) advises patients to use a penile stretcher and a vacuum device. Their logical physio-therapy goal is to stretch and hold the grafts in stretched position.

These two activities, inducing erection and stretching the grafting during the post-operative period, ensure the grafts will heal in a manner that creates satisfactory penile shape in both flaccid and erect state.

Patients are also prescribed antibiotics for 7-10 days because the graft is foreign material and every time you implant any a foreign material into the body there is high risk of infection. Dr Djinovic's bent penis surgery patients seldom experience serious infection — approximately 3-4%.

When grafts and a penile prosthesis are implanted simultaneously the risk is higher, approximately 5-6%.

Many penis surgery patients of the Sava Perovic Foundation have had previous surgeries by other surgeons. That also increases risk.

Iatrogenic
Injury Due to
Peyronies
Disease